The Cambrian Robotic Explosion has Begun

The "Cambrian" Robotic Explosion has Begun 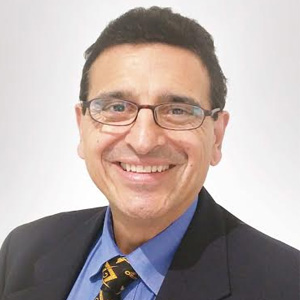 In the early 1990’s Juarez, Mexico, I was interviewing local management of a large multinational corporation who assembled large television sets. For each TV, there were 3,200 people in a line assembly each earning $0.57 per hour and when my partner asked “Why isn’t this entire process automated?” their answer was an obvious “Right now automation has a break-even ROI of 20 years, and Mexicans are a lot cheaper. Once that changes, we’ll automate.” The newly elected U.S. president won with a promise of bringing back the manufacturing jobs that were lost to such cheap foreign labor. Yet, what many (including him) do not realize is that bringing back manufacturing will not bring back the jobs because those jobs will be automated.

Computers, robots, and what is generally referred to as “automation” is now one single undistinguishable thing. In addition, without getting into a philosophical discussion on what intelligence is or is not, we can probably agree that this thing (computers, robots, and automation) is getting smarter, faster than ever, in a trend with no end in sight. A single day does not go by without news about advancements in automation threatening jobs. For example, in the last few months Uber deployed automated cars for their taxi-type of service in Pittsburg, PA which is soon expected to eliminate driving jobs. It also successfully tested an $80K truck robot by delivering 50,000 beers without problems. In early 2016, Tesla’s automated driver appears to have killed a driver, while by year’s end it had saved many from terrible accidents including the driving of an incapacitated man to the hospital. Traffic experts claim that if every car on the road today were to use current self-driving technology, the 40,000 yearly U.S. deaths caused by human driver error would go down to nearly zero. As car insurance company, wouldn’t you fight to do away with human drivers?

Adapt and make every possible automation part of your toolset, or go the way of the dinosaurs. There have been some factors, which had been holding back robots until recently. They included the amount of computing power required for decision-making algorithms and intelligence, battery technology for independence of movement, miniaturization costs, and hardware costs. All continue to come down in price. In addition, with more recent ability to be connected, the internet of things (IoT) has added yet more abilities to automation by allowing automatic updates and upgrades without human interference.

When IBM’s Deep Blue beat world chess champion Gary Kasparov in the 90s, experts said, “Well that’s just brute force. The computer doesn’t understand things like natural language.” Not many years after that, IBM’s Watson beat the world champions in the natural language game of Jeopardy. Then came diapers that text its status and medicine pill caps that will e-mail your doctor if you fail to take your pills. The mechanical power boost we received from the industrial revolution is now joined by the power of the computer revolution and, for the first time ever, highly trained white-collar jobs are not safe from being lost to automation.

​Adapt and make every possible automation part of your toolset, or go the way of the dinosaurs

Most people do not realize the extent of robotics today. In most commercial flights, robots fly the plane all but 3-4 minutes of the entire flight! How long before airlines say “Do we really need two pilots babysitting a robot pilot, which never falls asleep, gets tired, or gets distracted?” E-discovery law work is now best done by automation, not lawyers. Computers are better at reading X-rays looking for lung cancer than most doctors and the best medical diagnostics of bacterial infections are done by computers, not doctors. Most rail accidents in the U.S. are now caused by humans overriding the robot. Every time someone says a computer or robot cannot do X, it seems someone immediately proves them wrong six ways to Sunday.

In recent months, Fukoku Mutual Insurance laid off 34 accounting employees who were replaced by one computer (IBM’s Watson) for annual savings of $1.2 million. Walmart is now laying off 7,000 office employees to be replaced by automation. Most major news outlets currently use automated sports and financial automated writers (yes, robots), saving millions.

So, who is at risk of losing their job? No job is safe from automation. A recent study showed that of 702 occupations studied, 47 percent are at risk of being lost to automation today. Most at risk are transportation and logistics, sales services, clerks, accountants, realtors, telemarketers, security guards, receptionists, middle management, and basically anyone who is a “specialist” on anything.

Although this is the first time that both human muscle and brain are being replaced together, there are optimists who say that history proves that for every job destroyed, many more are always created. Yet, replacing “thinking” has never been done before. A hard a fact is that automation will continue to grow, and for your company to stay competitive and survive, not embracing automation will guarantee its demise. There is no field that cannot be touched by automation at one level or another. The jobs that are safer from this Cambrian type of explosion in automation are jobs that require empathy such as therapists–what many call the “caring” jobs although even this is being challenged in Japan, where the industry is busy creating robots to take care of the growing and much venerated elder population.

What does this mean to you as CIO? Quite frankly, you have no choice but to embrace automation as much as possible. You are either part of the solution or part of the problem. Right now hackers are using automated tools to attack you and it is only through automated defenses that you’ll be able to mitigate those risks. Humans cannot do it. What is the most expensive part of any IT department? People, of course! Automation will help you increase efficiencies and productivity allowing your company to grow, while your staff remains the same or shrinks. If you can’t do it, someone else will. Yes, the evidence seem to show that this new paradigm will probably create a greater job polarization between the highly skilled jobs and the low wage jobs so long as these jobs are not predictable, with regular actions, and routine.

Unlocking the Value of Connected Cars

Comprehensible Distribution of Training and Information...

The Current Focus is On Comprehensive Solutions

Big Data Analytics and Its Impact on the Supply Chain

Carmax, the Automobile Business with IT at the Core

The CIO's role in rethinking the scope of EPM for...

Transformative Impact On The IT Landscape

Get Ready for an IT Renaissance: Brought to You by Big...

Technology to Leverage and Enable

Speed is the Name of the Game

Hybrid Work Has Forever Changed The Need For It In Ramboll

How T-Mobile brought an Un-carrier approach to tech hiring

Great Expectations: Balancing the diverse needs of a city in a...

"Discovery and Delivery" - An Approach to IT Workload Balance