RPA 2.0-Top 5 Contributors for Accelerating the Transformation of Large Enterprises

RPA 2.0-Top 5 Contributors for Accelerating the Transformation of Large Enterprises 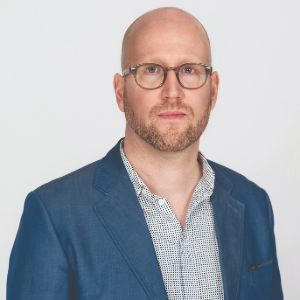 By now, most large enterprises have dabbled in RPA, in some form of another. POCs and pilots have been completed, Centers of Excellence have been founded, and some benefits have been reaped. Some have performed better than others. Still, the most general questions I hear from other large enterprises is: Where and how do we find the best use cases? How do we take the next step to accelerate RPA? While RPA as a technology might be simple, many organizations struggle with leveraging RPA to the next level.RPA 1.0 is over, and now it’s time to look for acceleration to really make an impact on your organization’s digital transformation journey.

We at Posti Finland have been working with RPA for over two years now. We have benchmarked our operations with many Nordic and European peers. Based on these discussions and learnings from the best, I have summarized them into Top 5 contributors for accelerating RPA and digital transformation in large enterprises.

1. GO FOR THE C-LEVEL FROM THE BEGINNING

Four to five years ago, the first companies embarking with RPA most probably did a POC to see if it works. Those of us who started later do not need to POC anymore. The technology works. I have noticed many companies do not see RPA as strategic, but rather someone from Finance or Customer Service has been “allowed” to try it out and build it from there on to other use cases. This approach is absolutely fine, but it might be challenging to promote RPA as a transformational tool afterwards. Another observation, RPA’s KPI might be the number of use cases in production, but that has very little to do with the impact on the entire company. Those who have gained more significant benefits have approached RPA from a strategic point of view, positioning it as a means of transformation. Targets are set high, measured in millions, which in turn forces to go big. If RPA has strong support from the C-level, there’s a better probability of high penetration.

RPA, like many other new technologies, require clear ownership to succeed. Someone who drives it forward takes the responsibility, sets the targets, gathers the resources and keeps oiling the machine. RPA needs to have a face, which is why many companies have someone to take on the evangelist role. There’s a lot of change management and internal sales in driving RPA. People have more trust in another person who can listen to their problems and then offer them solutions to their pain points.

Those who have gained more significant benefits have approached RPA from a strategic point of view, positioning it as a means of transformation

Timewise, the largest share of any RPA case, is most commonly used in finding, evaluating and describing it. All this happens before it even reaches the developer. So it’s logical that companies that already have their processed streamlined would have it more manageable. If process descriptions exist and they’re up to date, it’s faster to go for RPA development. But the real question is: should we first streamline the process and then automate, or the other way around? Naturally, the first makes much more sense. But especially with end-to-end operations, it could take a lot of time to agree on the new, ideal process before the actual automation can begin. Sometimes it’s just easier to automate small first. The most successful companies seem to have joined lean and automation together to ensure both tools are used for process re-engineering.

4. COMBINE RPA WITH OTHER TECHNOLOGIES

RPA alone cannot lead the digital transformation. It’s the combination of different tools, fit for purpose, that can ensure a high degree of automation. One tool might recognize text from images, another might be able to understand the language and make decisions based on it, and finally, RPA could be the tool to save the data. All this works around data, so combining your data, AI and RPA people might not be a bad idea. Also, you will need some people to investigate new technologies, such as blockchain and IoT, to verify how they would fit into your automation portfolio.

5. HARD WORK INSTEAD OF SILVER BULLETS

Who wouldn’t want to find that silver bullet which would convince everyone that RPA is the next best thing since the Internet? I hate to disappoint you, but I think it does not exist. Despite RPA being able to provide plenty of benefits, such as saved working hours, increased invoicing and costs avoided, it is as any other new technology: they take time, patience and a lot of hard work. Transformation is a marathon instead of the 100-meter race. Also, no one outside your organization can tell you where the best use cases can be found. You must do the digging, since only you know where the pain points lay.

WHAT DOES THE FUTURE HOLD?

My prediction in a nutshell: the future belongs to citizen developers. As with BI and analytics before, RPA as will be first centralized to gain control and then decentralized to democratize it. The challenge of any new technology is to join it with business understanding. The only way to do this is by giving the tools to those who know it best.

Unlocking the Value of Connected Cars

Comprehensible Distribution of Training and Information...

The Current Focus is On Comprehensive Solutions

Big Data Analytics and Its Impact on the Supply Chain

Carmax, the Automobile Business with IT at the Core

The CIO's role in rethinking the scope of EPM for...

Transformative Impact On The IT Landscape

Get Ready for an IT Renaissance: Brought to You by Big...

Technology to Leverage and Enable

Speed is the Name of the Game

THE CHALLENGES OF CYBER-PHYSICAL SYSTEM SECURITY

How to Build an Effective Content Strategy Others Will Envy

A Collaborative Approach to Wealth Management